You are here: Home / Uncategorized / A DAY IN THE LIFE OF SAWYER

Sawyer turned one last Saturday and we got to PAR-TAY!  Our grandson is much loved and lots of family attended.  Daughter number 3 prepared his cake and the cupcakes, and daughter number 2 took the pictures.  Let’s just say Sawyer made out like a bandit.  It was an outside party at a local park, and this day just happened to be one of the foggiest we’ve had this fall.  We were situated in a shelter right in the middle of the fog and autumn foliage, and my husband remarked that he expected to see the headless horseman ride by at any moment. He built a nice fire to take the chill off, and we ignored the cold and enjoyed the baby.

One favorite gift he received is a helium filled Elmo balloon.  He was sitting on his mama’s lap kissing it the next day.  All of a sudden, he accidentally let go and it floated up to the ceiling.  He became distressed and yelled sadly, “MELMO!!!!”  Mama rescued the balloon.

Another great gift is actually the box that contained his new toy box.  Aunt Kylie converted it into a tiny house with a window.  The kid loves it.  It’s so great to have a birthday once a year so you can get new boxes to play with. 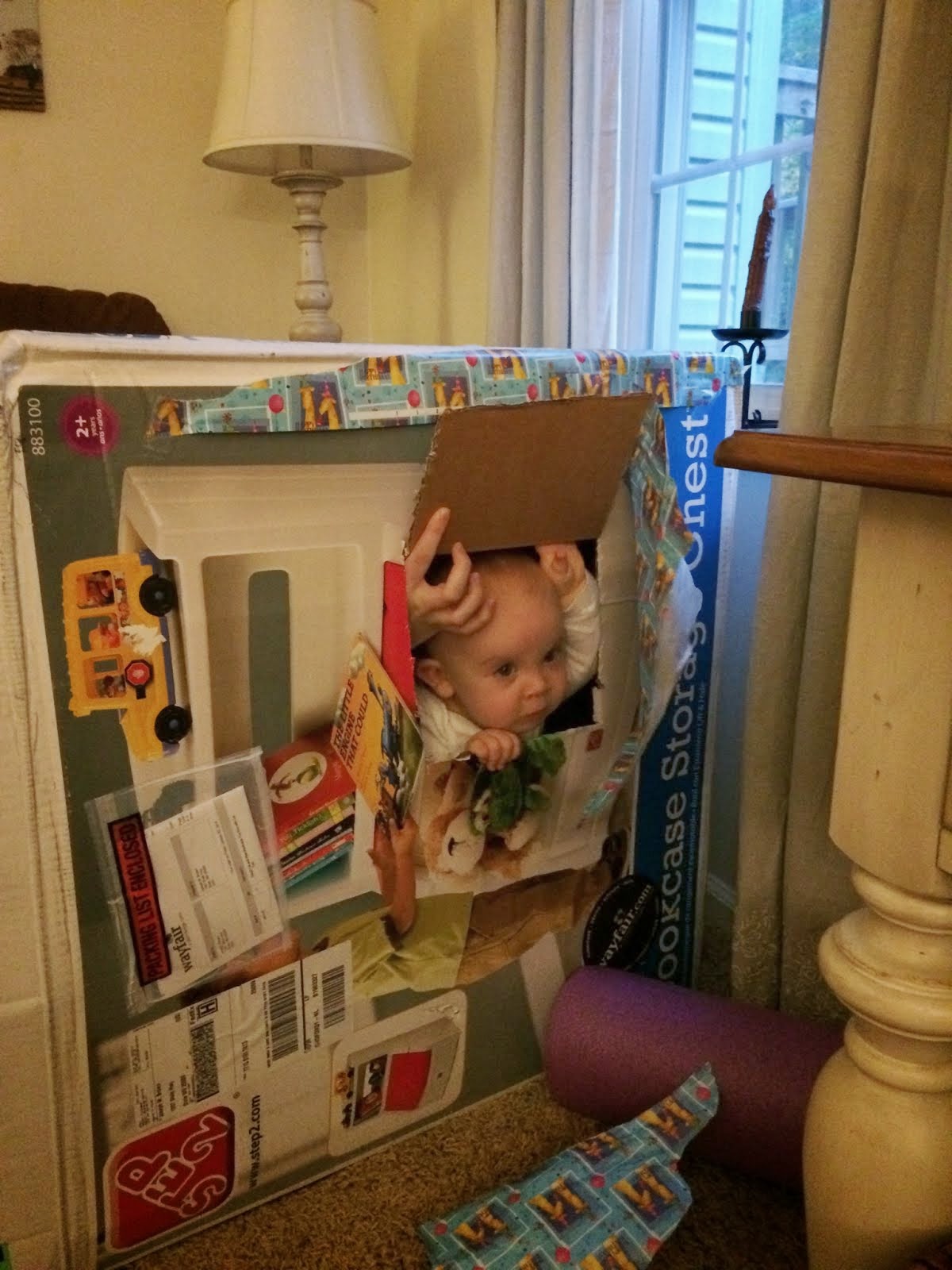 While I was gone most of last week, Sawyer made a few progressions.  Little ones change and grow so quickly.  I noticed his balance is getting better (he’s nowhere near walking yet).  Yesterday he accidentally let go of what he was holding onto while standing for a few seconds.  So that was exciting.  I love watching him grow.

This kid goes full speed ahead all the time.  He is from one end of the house to the other and everywhere in between.  I can’t remember how I kept my kids out of the kitchen cabinets, but I did.  Without safety guards.  It looks like I’d better get some this time around because Sawyer leaves no stone unturned (and no cabinet unopened).  I have reserved one set of cabinets for him to wreak havoc with, however, and he takes full advantage of it. 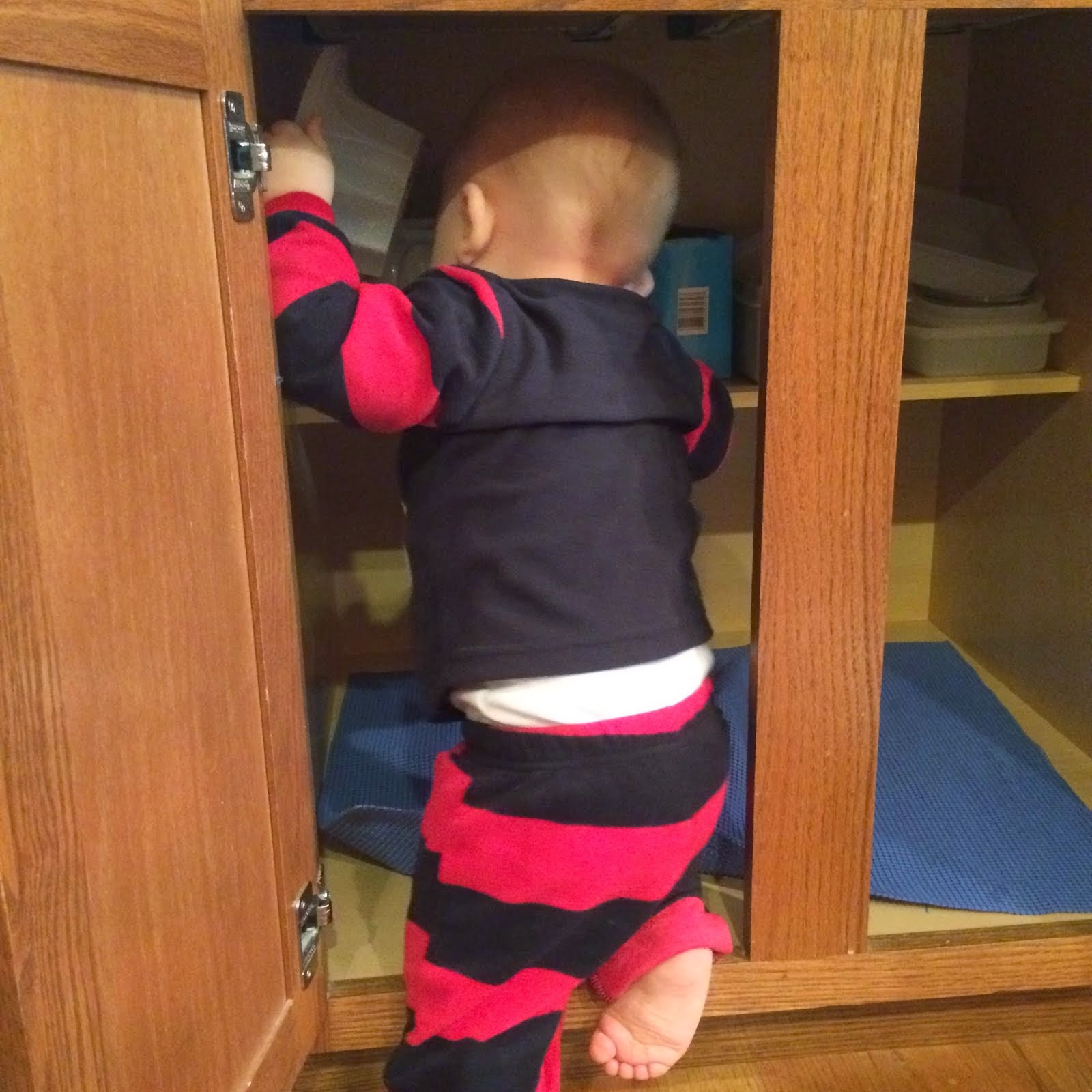 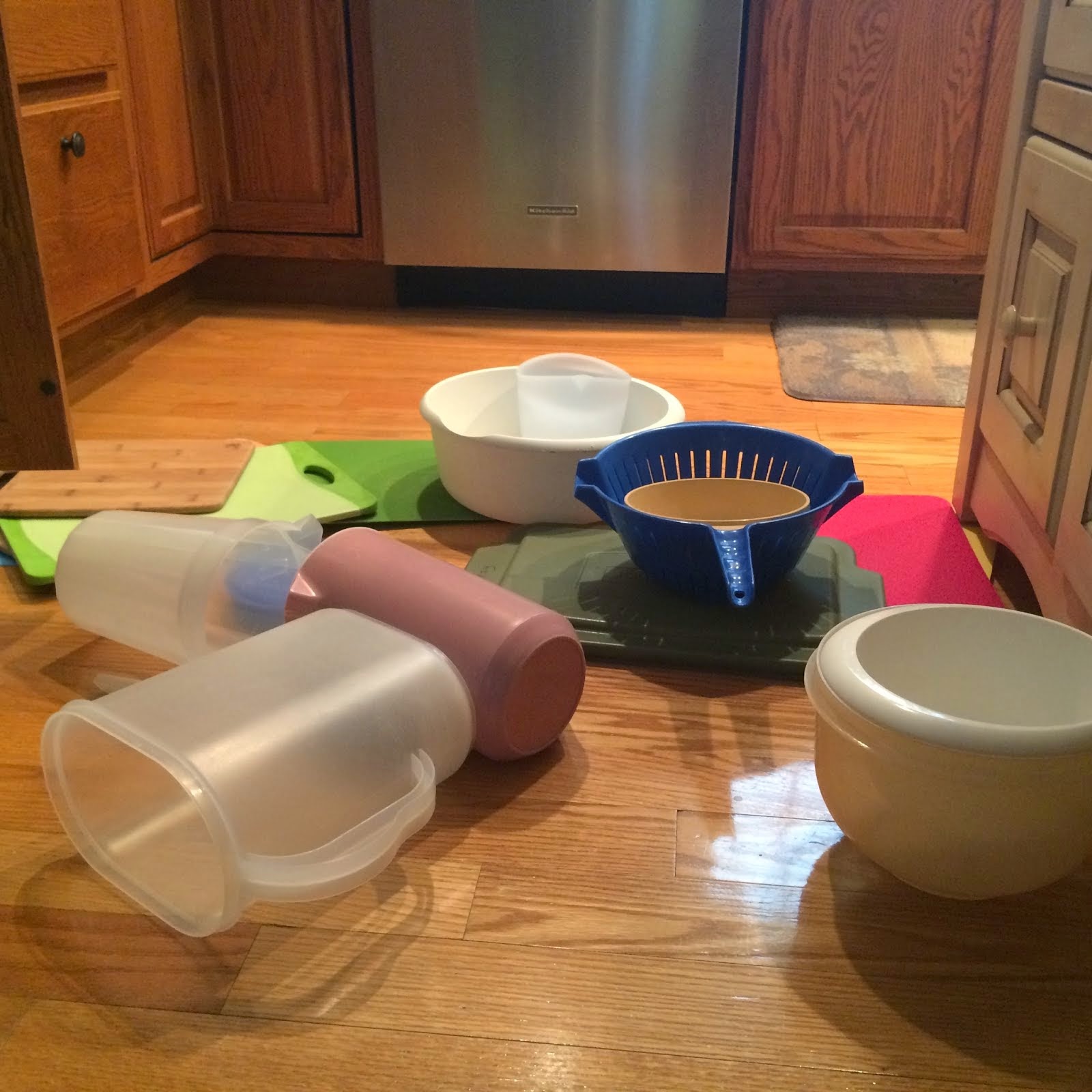 Sawyer has learned that the chicken says “Bok, bok”.  He shortens it to “Bok” most of the time, but still.  He knows the dog says, “Woof, woof” (“vuv-vuv”), the rooster says “errr-err-errrrrrrr-errrrr” (“er-er”), and the cow says “Mooooooo” (“mmmmmm”)

At his mamaw’s house (great-grandma), there is a pet bird in a cage.  A great-aunt took him in the room where the bird was, and his mama kept hearing him say “Bok-bok”.  So he thinks it’s a chicken.
It’s the little things that keep us giggling.

I finally found a use for Siri, and it was all because of Sawyer.  I’ve taken it upon myself to teach him more animals by asking Siri to “show me a picture of an horse/cat/pig” and so forth.  He eats this up.  He’ll sit on my lap for up to 15 minutes looking at all the pictures and learning what each of the animals say.

Yesterday I taught him what the elephant says.  I put my arm in front of my face and raised it up in the air with a high pitched noise, “breeeeeeeeeeeee”.  Now when you ask him what the elephant says, he raises his arms straight up in the air.  Super cute.  I’m working on the monkey too.  My kids say I’m kinda scary with my monkey sounds, maybe that’s why he blinks really fast and kind of cringes when I do it.  He’s learning fast that his Gigi is pretty crazy.

He loves be a cheeser.  When we start laughing at him, he gets cracked up at himself and just grins real big, shakes his head, and grabs his belly.

I’m still trying to get him to say, “Gigi”.  Yesterday, while feeding him his breakfast, we talked about it.  “Can you say, ‘Gigi’?”  I asked.  “Papaw.”  He responded.  “Gigi?”  “Papaw.”  “Geeeee-geeee?”  Silence.  Ok so he knows that Papaw and Gigi go together.  He knows Jim is Papaw, because every time he walks by, he says, “Papaw”.  Then papaw will say, “Where’s Gigi?” and Sawyer will point to me.  So he knows that’s my name, he just won’t say it yet.  I heard him say, “Nana” several times yesterday.  Noone in the family claims that name, but there’s a Nana on Disney Channel.  I should have picked Nana.  It’s easier to say.

Yesterday I got to take Sawyer to the doctor for a little check-up.  The best way to keep him entertained and off the floor is with food.  He has a little container with a handle that holds his little baby nabs (called “Puffs”) and he can stick his hand in it and pull out one or two or ten.  He drops 5 for every 10 that he grabs.  But he LOVES doing it himself and getting his hand in there and digging around.  We left a trail of puffs all the way from the waiting room back to the little room where we saw the doctor, and then up to the front again.

Although his vocabulary is expanding, he still has quite a few unintelligible words that we just go with.  My favorite is “b’di-goal”, and he says it really fast.  I say it all the time now too.  I wonder what it means.  Anyway, it’s fun to say three times fast.  That’s how he does it.

I love that baby.  Today as I was bathing Sawyer, Jim said, “I just didn’t know I could love another kid as much as our own, but it’s like he’s ours too, you know?”  It is fun, and it just gets more fun every day.  Tonight at the restaurant he kept us laughing as he made friends with the waitresses, tried to swipe their writing pads from their aprons, and yelled for food, all the while making faces and saying, “BOK, BOK, BOK!!!”.

Can’t wait to see what he does tomorrow!