You are here: Home / Referee / Day 4: The Referee Hat – How to make sound calls

When my four kids ranged from ages 7-14, we purchased a gigantic, extra-long, diesel fueled SUV.

It wasn’t because we needed more storage.

It was for my peace of mind, aka, the kids could sit without touching each other.

Are you tired of wearing the referee hat?  Calling false start, holding, or encroachment?

Here are a handful of the rules that worked for me when I wore the referee hat.

(And just so we’re clear, I’m referring to the game of football throughout this post.  I’m sticking with what I know – which is very little.  See yesterday’s “Sports hat” post.)

You hear them quibbling in their room.  Your first instinct is to step in and settle the score.

Hang on a sec.

Many moons ago, when my two oldest were ages 5 and 3 (they are 26 and 24 now – must have been a quick turn-over), I began implementing that sound advice.

I’d stop, stare at the ceiling (as if I could see through to the upstairs mayhem)…and wait.

Often times, the commotion died down to a college roar.

Which meant either big sister won, or (because of their short attention spans), they forgot about it.

Give it a few minutes, mom.  The situation just may resolve itself.

If you haven’t figured out by now that you write your own rule book as the kids grow, you’ve not been a parent very long.

Learn to stay one step ahead of the players.

Determine boundaries and rules before the game is even played, before there is even the first penalty. Click To Tweet

But if you’re refereeing according to the non-existing rule book, at least act like you know what you’re doing.

You’ve got a whistle, and you’re goin’ in there.  Have a plan in mind.

Do you need to separate the players, or penalize them in some way?

Make the punishment fit the crime.

Or in this case – the technicality fit the play.

If junior took sissy’s toy, make him give it back and apologize.

If, however, junior whacked sissy in the mouth,  you’ll need to carry out a rule of contact.

Remember, some things are not worth blowing the whistle.

But some things are no contest – pick your battles. 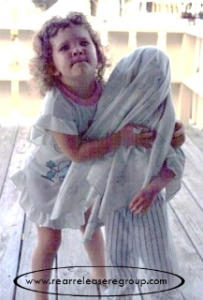 Once you’ve determined the rules, stick with them.

You are the referee by default – nobody else is going to enforce the rules.

(Unless it’s the offended one.  Then you have a definite ally.)

Carry out the punishment (believe me – this will hurt you more than it hurts them) – it’s a test of endurance when you bench a kid.

Do not give in.

If you do, they won’t learn anything and you’ll be right back in the same, losing game.

Unless they are bleeding or losing a limb, establish this rule early on.

If you buy into their ways, they will seek to manipulate both you and each other.

This type of behavior sets up a pattern, and long after they reach adulthood, resentments flare.

Do not go there.

Have you ever noticed that the referees don’t get mad – they just make the calls?

“Don’t get on the emo-rollercoaster.”

Make the call, carry out the discipline, and walk away.

Often, there are complaints that the calls aren’t fair. 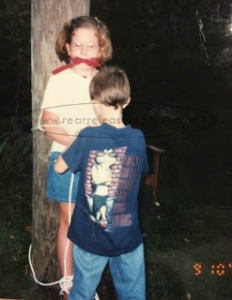 The referee is just doing his best to uphold the integrity of the game.

I’ve seen it – the guy that gets thrown out of the game whines to the referee, the coach, the team, the crowd – anyone that’ll listen.

Have you ever paused to consider what would happen if the referee decided to turn around and oblige?

“Oh, excuse me, everyone, we need to stop the game for a minute, little Johnny doesn’t think my call was fair.  I know it’s disrupting everyone’s mojo, but we need to just hear him out on this – maybe I was wrong on my call.”

WHAT?!  Can you imagine the confusion?

There is a game being played.

And you are not a player – you are in charge of the Life game in your home.

The referee is just doing his best to uphold the integrity of the game.

Don’t listen to that kid’s whining – don’t even let him go there.

Determine the penalty for whining.

I know I’m making this whole post sound like you are the one sole authority and what you say goes, no exceptions.

But there are exceptions sometimes – 2 cases in point:

1) You made an error in judgment

Once upon a time, the Grays frolicked in the family 3 1/2 foot swimming pool.

performed their own water antics, while oldest filmed from sidelines.

A few years later, we sat down to review the play (watch the pool film), and this is what we found:

Son was not at fault.

The goggle-clad, noodle-bearing sister skulked behind him, instigating the whole thing.

other instances as well.

Moral of the story?  Sometimes you’re wrong.  And I don’t recall a ref ever apologizing, but guess what –

Take your opportunity to give grace, ask forgiveness, and resume the game.

Sometimes your child doesn’t have a clear understanding of the rules.

You should make sure of this when you make your original call, but if your child comes to you, genuinely asking, “why did you make that call, mom?”

Muster the grace to call the time out and give a patient, detailed explanation.

This isn’t the same as letting them whine.  It’s a different type of questioning – a need to go deeper, to make sure he understands the rules.

It's ok to give grace. After all, isn't that what God did for us? Click To Tweet

Get your plan together, mom.  Put on the referee hat, use discernment in establishing boundaries, and determine the penalty.  Having done that, maintain your word with calmness, don’t abide tattling or whining, and give grace when needed.

The calls are tough on the officiator – be sure to give grace to yourself too, mom.

*Special thanks to my husband and son-in-law, who patiently answered my ignoramus-style questions concerning various football terms.  At one point I actually asked, “How does a player ask for permission to approach the bench?”

Previous Post: « Day 3: Sports hat – how to create balance and support
Next Post: Day 5: The Taxi Hat – How to make memories in the car »