You are here: Home / Humor / SAWYER UPDATE – giggles and pics

It’s time for a Sawyer update, I haven’t bragged in a while.  Actually some of this will not sound like bragging because we found out that Sawyer has a sin nature.  But the little booger is so stinkin’ cute that it balances out.

He’s walking now.  At first – with arms raised in a “praise the Lord” position, looking somewhat like superman ready for take off. 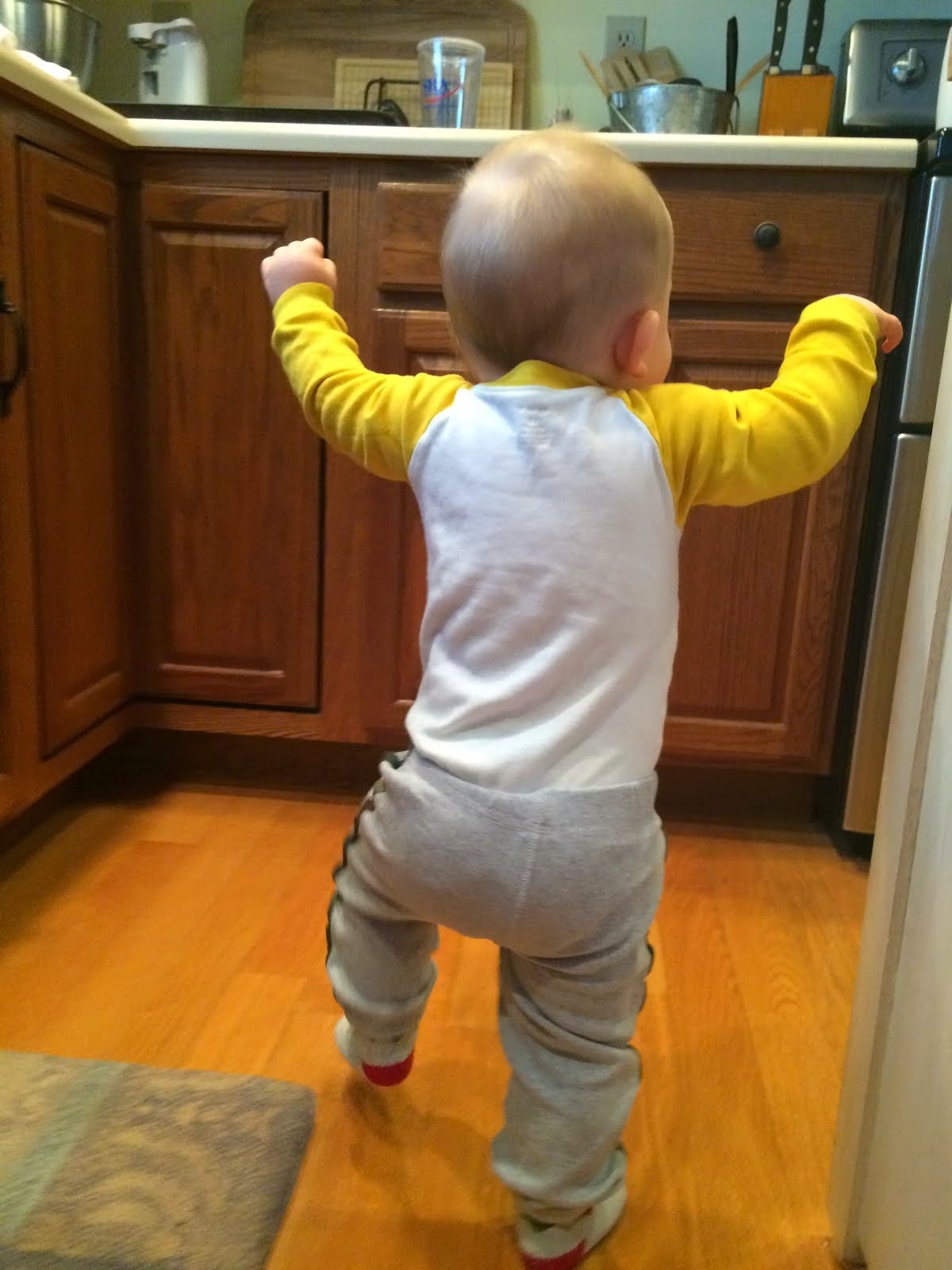 ﻿
After about a week, he calmed down and transitioned to this: 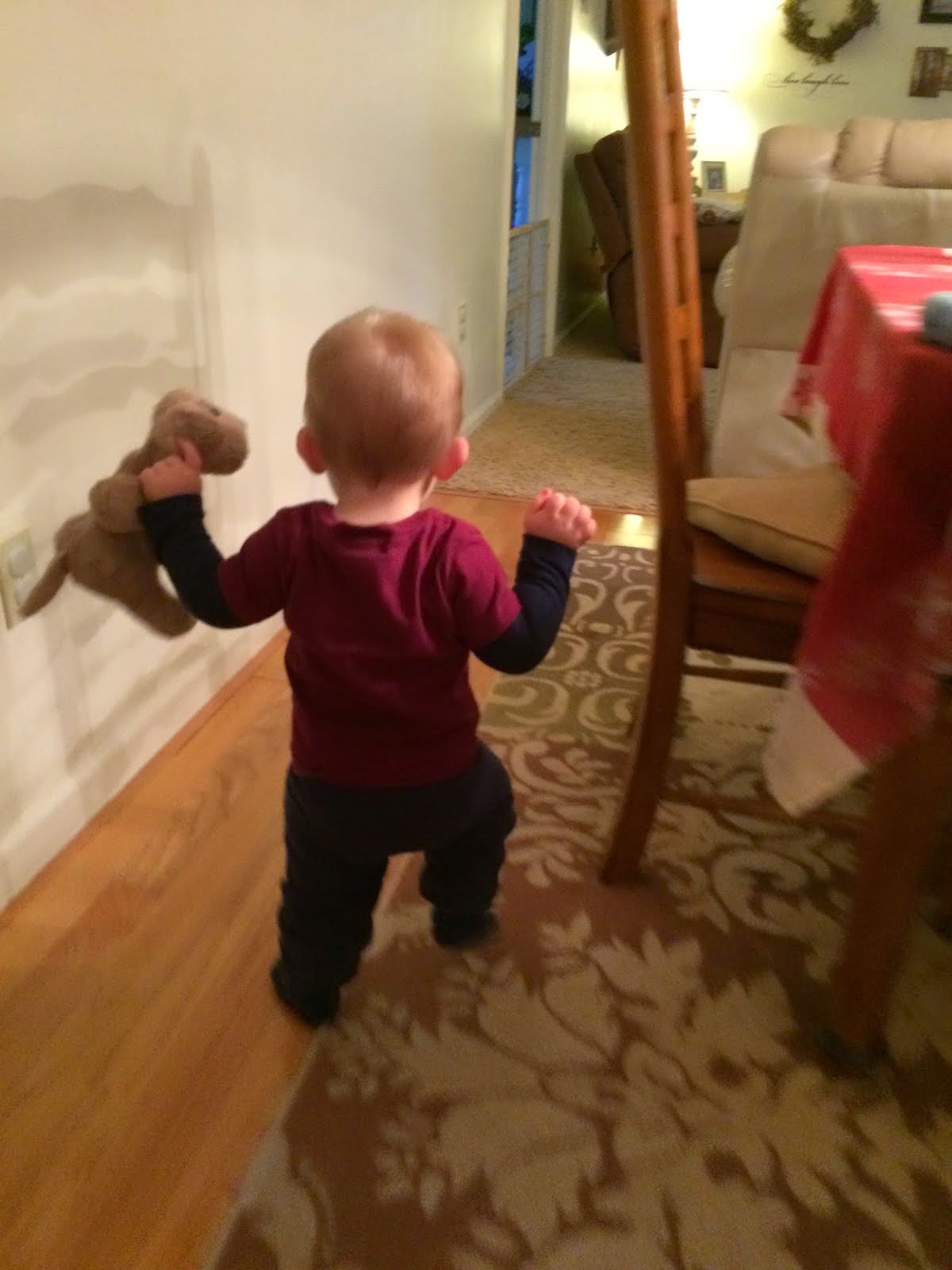 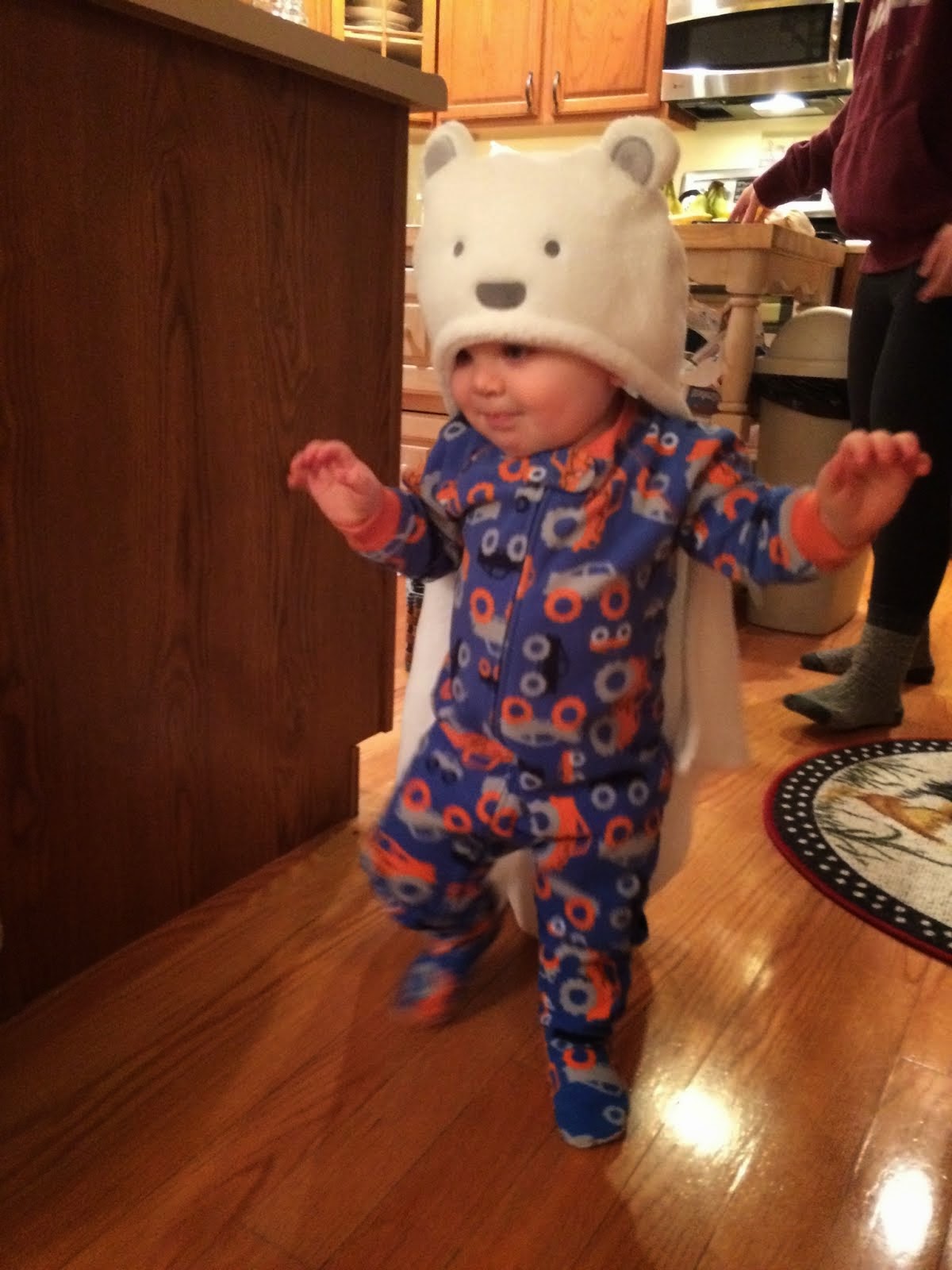 ﻿
(You can tell we struggle these days with blurry pictures – the boy is always moving.) But now he’s lowered his hands quite a bit, so we think he’s going to spend the rest of his life walking normally after all.
Sawyer’s vocabulary has broadened drastically.  He can say apple, banana, bread (bre), dog, hippo, meow (meeee-ow), drink, milk, juice (joo), ball, ball, ball, ball, and ball-pit.  Plus just about anything else you ask him to say.  The kid is 15 months old so I’d say that’s pretty good.  Of course, his mama was talking when she came out of the womb, so I’m not surprised.
He likes for me to look at everything he does or has done to him, such as putting a bowl on his head, or tying a grown up’s sweater around him.  “GIGI!!!!  GIGI!!!  GIGI!!!!” He hollers until I look.  The other night his Aunt Kylie (Aye-Aye) gave him her mammoth stuffed animal and taught him to say “mammoth”..  Immediately he turned to me – “GIGI…MAMMOTH!!!”  We just about died. 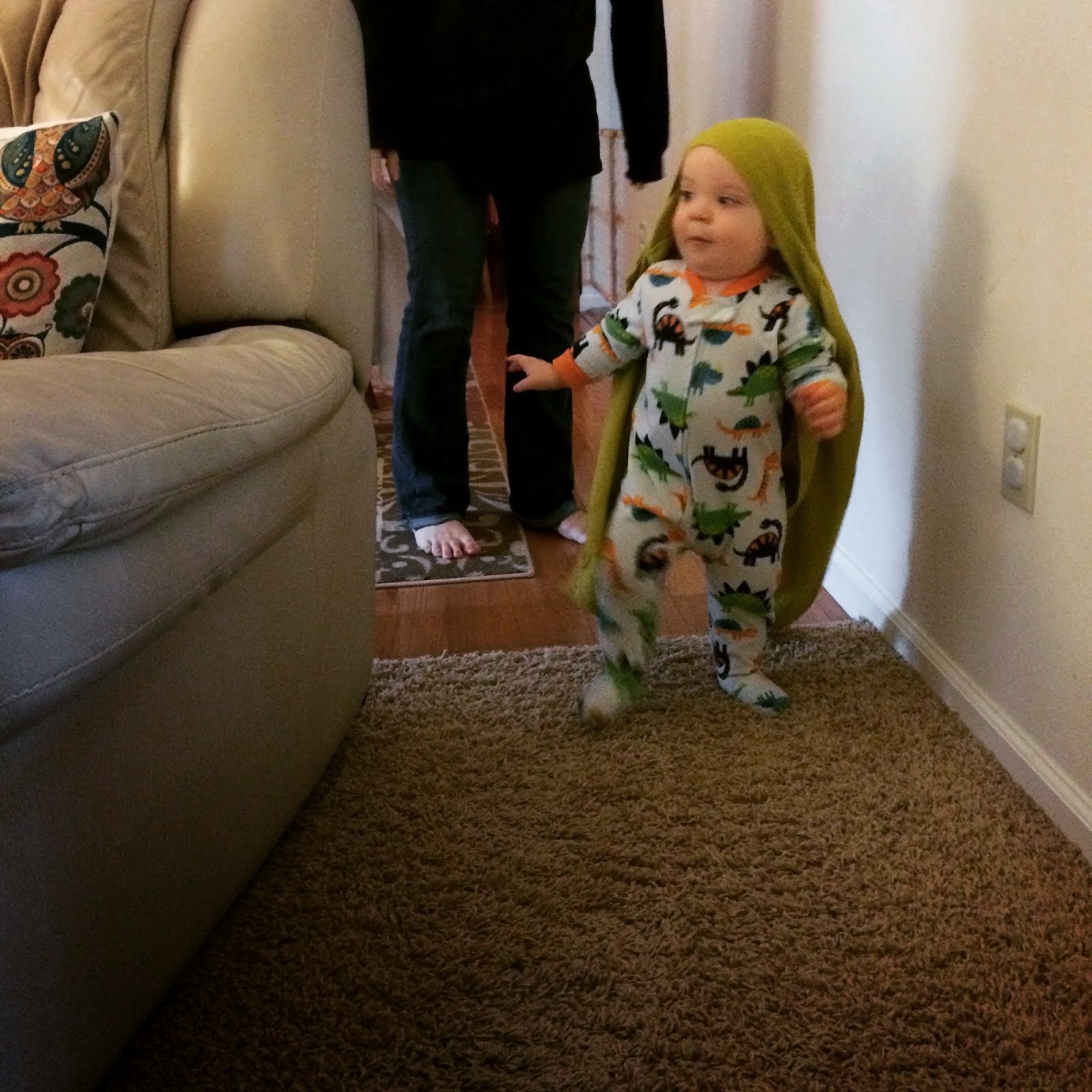 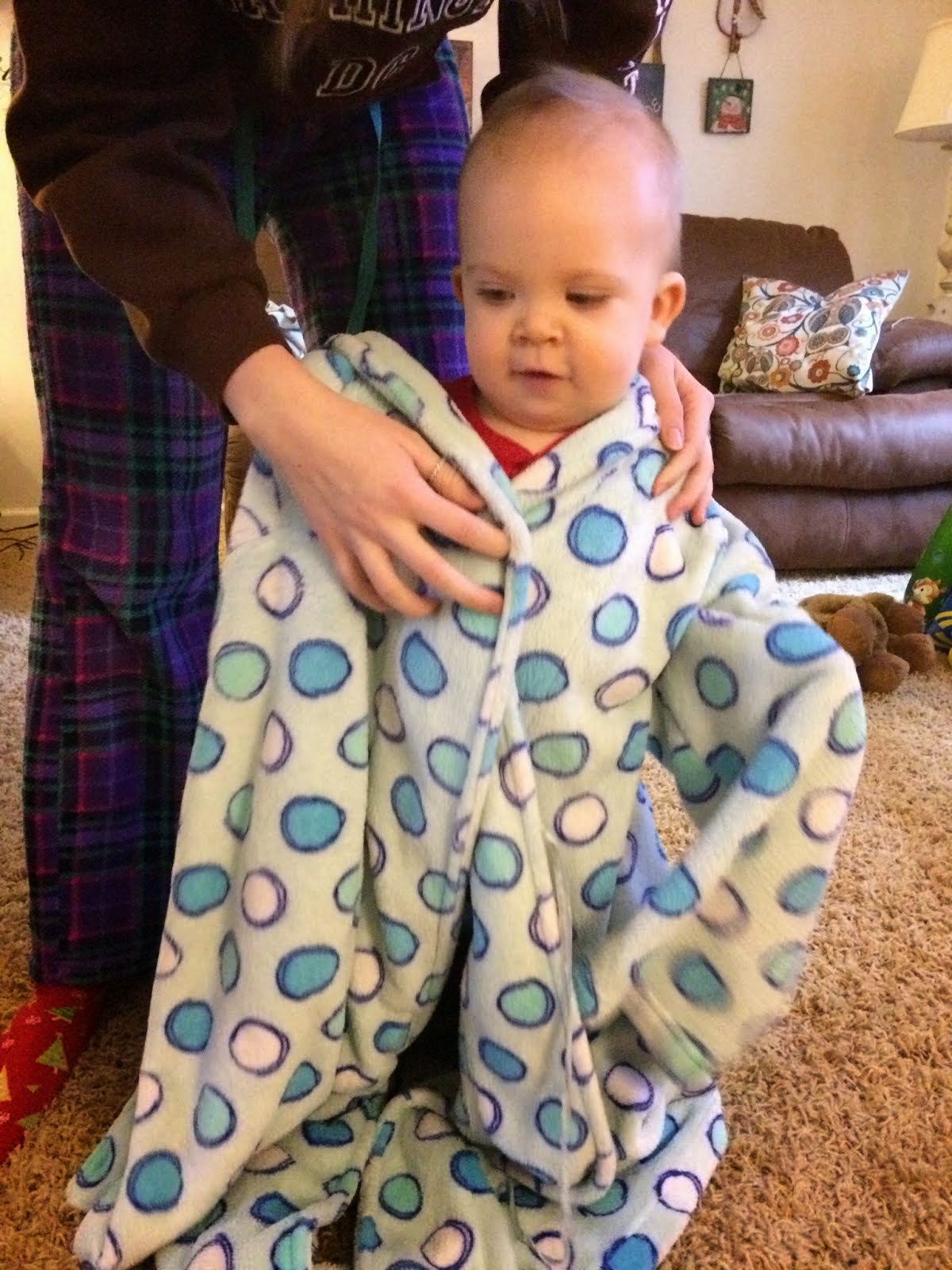 Sawyer likes to test the limits.  Every time he’s over, he tries to get the remotes, open all the cabinets, and touch the stove up and down.  We’ve taught him that the stove is off limits because it’s “hot” (‘ot), and so he crawls onto the bottom shelf of my island, comes out on the other side (where the stove is located), stands up, and touches the handle of the stove all the way across and all the way back, looks at me with a big grin, and says, “No-no”.  Then he does it some more.

Eh…we’ve got some work to do…

He loves for people to notice him when we’re out eating.  He waves and carries on at passersby, and the waitresses get his full attention.  He tries to pickpocket the straws and notebooks out of their aprons (at which he has been successful) and make faces at them.  And then, there is the stare.  The I’ll-just-turn-around-in-my-highchair-and-stare-straight-at-the-people-behind-me-until-they-look-at-me stare.

I will never forget the time she stood beside me in a bathroom stall while two loud and rowdy teenage girls ran into stalls on either side of me.  After their laughter died down and all was quiet, she looked at me and said, “MOMMY, ARE YOU POOPING?”  To which both sides erupted into fits of hysterics and I waited until everyone exited the bathroom before slinking from the stall.

“His Strong-willedness” is also a direct result of the gene pool.  Mama was THE strong-willed child – only hers was manifest in the middle school and high school years.  He is starting early.  Of course you know where this is going – I always wished upon her one just like her someday.  Looks like she’s getting it back in spades.

Ah, but she will do fine.  Absolutely adores the little bean, and has the most terrific mothering instincts you’d never know this was her first time around.  She has so much fun with him, and he her.  I always knew she was cut out for mothering.

Did I mention he’s smart?  He knows when you’re telling a story about him.  He gets real quiet, watches you, and listens.  And then he kind of laughs to himself like, “Yeah, I did that.”

When you ask him if he wants to do something such as take a bath, have another bite of mashed potatoes, or go home, he nods yes or no.  But if it’s no, it’s not just a shake of the head.  It’s accompanied by a grunt of low sounds that if you imagined words, they would go like this, “No, that’s ridiculous, why did you even ask.”

The other day as he was STANDING UP in his bath (as he so often does for me but never for his mother), Aunt Ky-Ky and I asked him if he wanted to get out.  He was playing with the spigot, the handle, saying “beep” and pushing the knob, and getting into all of his mother’s bath products.  “Eh-eh-eh-eh-eh” He replied in his guttural “I can’t believe you just asked me that” sound and shook his head.  Then he looked up at us, chin just a-quivering.  He was freezing to death standing up out of the water, but he did not give in until we finally plucked him up and distracted him with something else.

Taryn sent me a text the other night about Mr. Smarty-pants.  “Sawyer did the cutest thing tonight.  Before bed he was sitting on the couch and I asked him if he wanted some yogurt before bed.  He looks at me, grins, nods his head yes, climbs down from the couch, and waddles as fast as he can to the refrigerator (where he knows the yogurt is) and then just looks back at me.”

Even after having four kids, it amazes me how quickly they grow and learn.  Last year at this time we were carrying him everywhere and coaxing him to roll over.  We just watched a videoyesterday.  Now he’s walking around everywhere running the show. 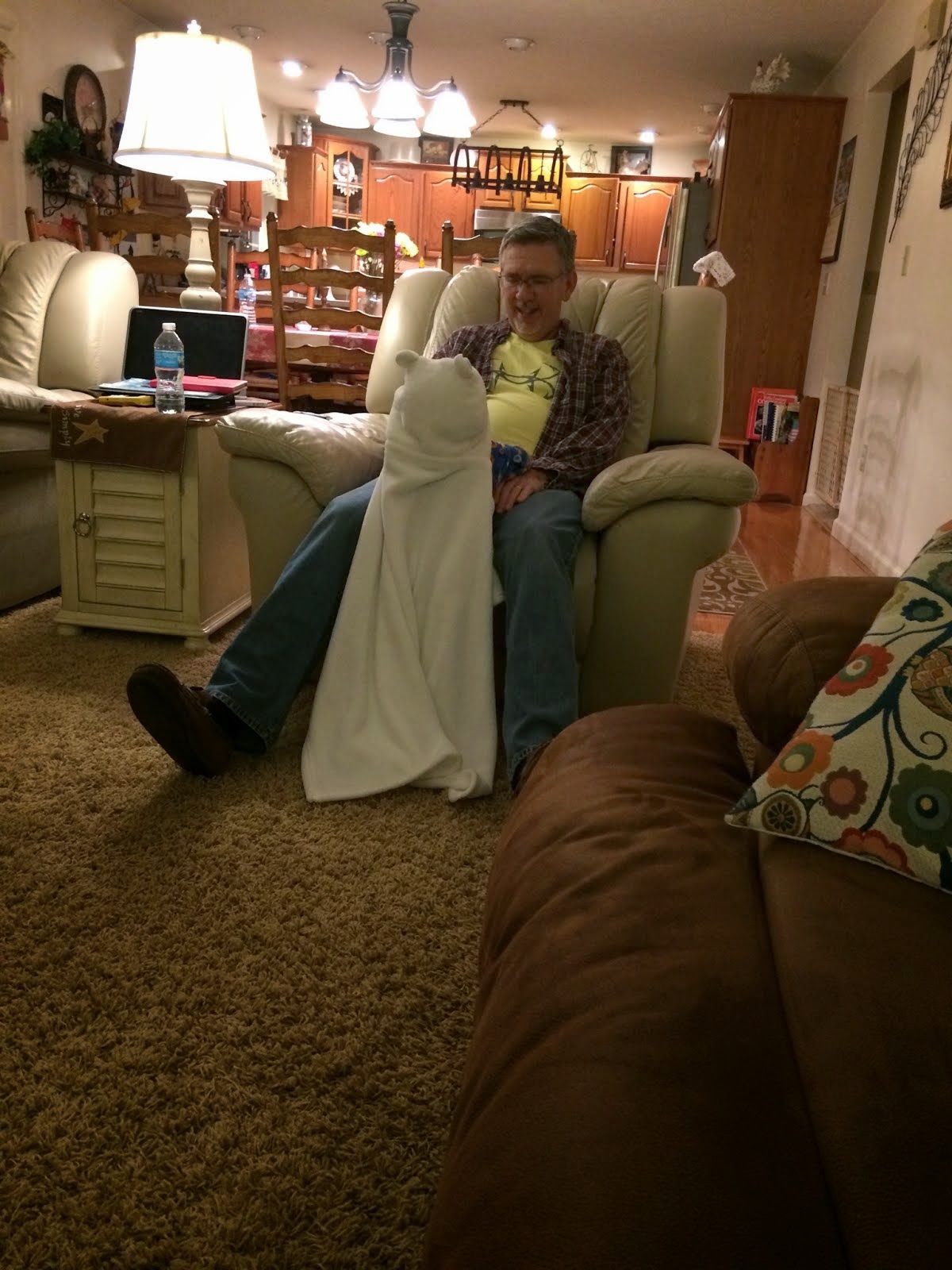 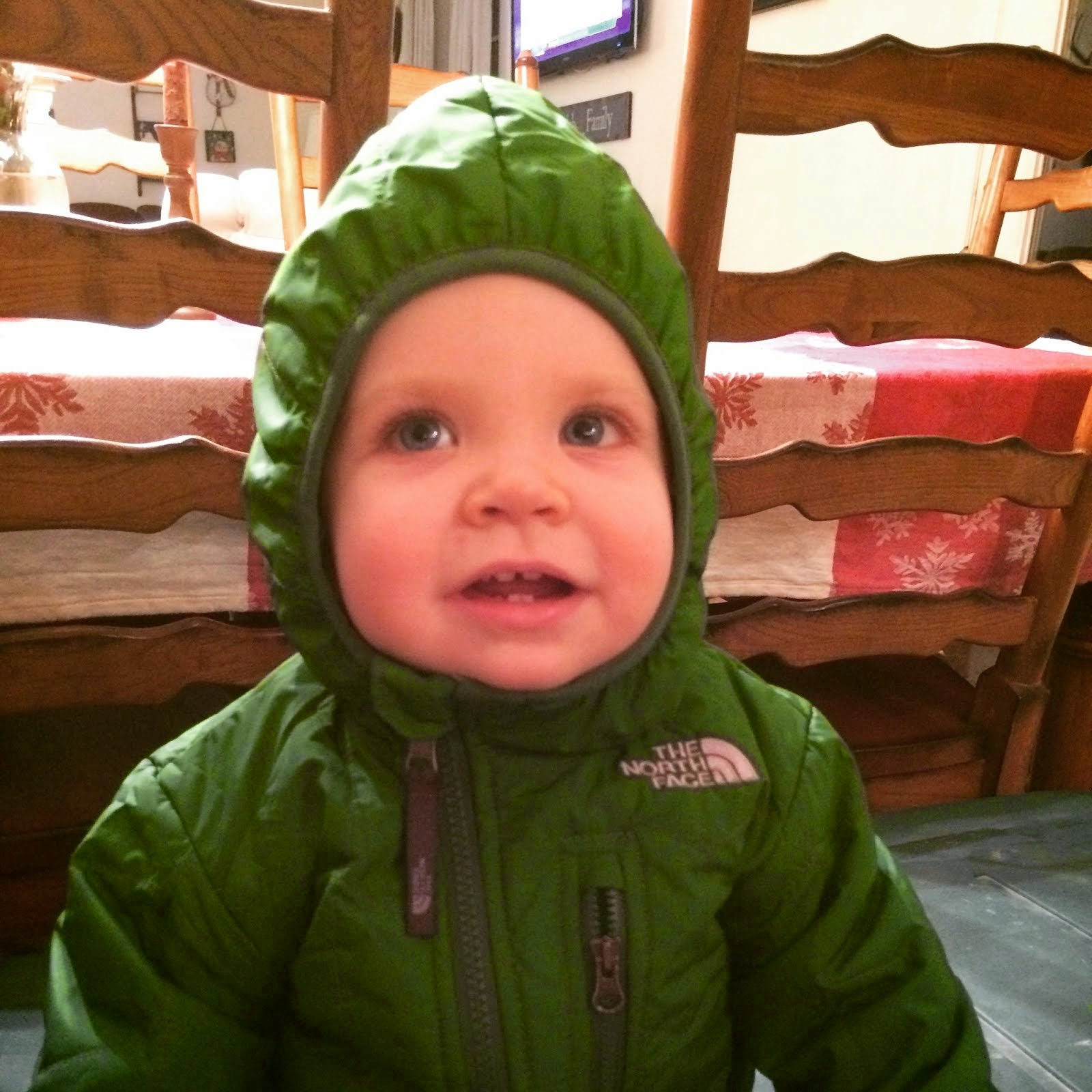 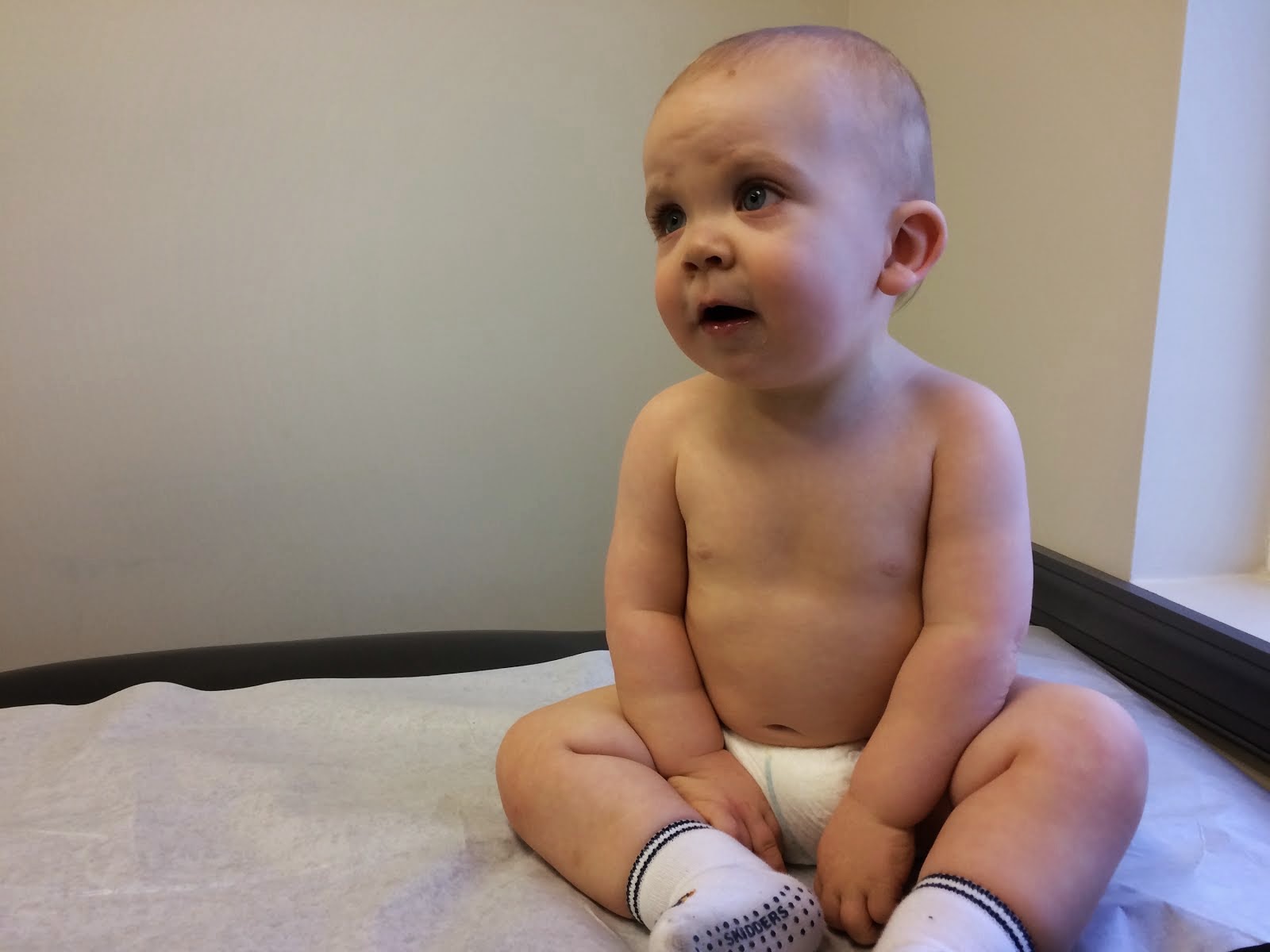 I may be a little biased, but isn’t he just the cutest ever?  (I mean besides your own kids and grandkids).  What a gift from God.  May we teach Him to grow strong and wise in the ways of the Lord.

Previous Post: « A little courage over here, please!
Next Post: How God offers comfort in the tough times »