You are here: Home / Rearing / One valuable lesson I wish I’d learned as a younger mom

If you are a younger mom, it may seem like we seasoned moms think we know everything.  I get it – I remember being on the receiving end of well-meaning advice.  But sometimes it’s downright insensitive – like they know “everything” – except for one tiny detail:  they haven’t walked a mile in our shoes.

And while my hysterically funny guest today imparts MUCH wisdom, she gets it too.  Elizabeth, from Guilty Chocoholic Mama, doesn’t claim perfection in motherhood, although she has raised two daughters to teenager-hood (a feat in itself).  She’s real, encouraging, and knows what it’s like to struggle.  That’s why her words today aren’t unwanted “know-it-all” advice, but encouragement from her own place of still learning self-control. That’s why this lesson applies to all moms – including your’s truly.  So pour yourself a steaming mug of coffee (or hot chocolate) and pull up a seat for this quick – but valuable – word on “what I wish I’d learned as a younger mom”!

Like most moms, I was a perfect parent until I had actual children.

But ever since that first big “it’s a girl!” announcement, I’ve been messing up with rather
alarming regularity.

Thankfully, God has taught me a lot of lessons along the way. (I go into candid detail about the Top 5 of these in this post, if you’re just dying to bask in the glow of my maternal wisdom.)

The other day, in fact, He showed me that it really is possible for an older mom to learn new tricks.

I thought about all the blessings my daughter enjoys and how she was probably getting worked up over something trivial, like her hair. I started to plan how I would give back to her what she
was giving out. How I would be snippy with her when she was snippy with me. How
I would show her that I was annoyed with her annoyance. Because this would make A Point, of course.

I sensed the Holy Spirit nudging me (okay, fine, it was sort of like an electric shock…the H.S. knows He can’t be subtle with me). I heard Him say, “Do not respond in kind. Do not feed
this fire. Do not give what you’re getting.”

So when my agitated daughter came into the kitchen, I told her, “Good morning.” Even though it was clear it wasn’t. What I didn’t say was anything else. Instead, I tentatively went in for a prolonged hug. She only allowed it at first, but after a few seconds I could feel her relax into it and then return it.

When I let her go, she gave me a half-hearted smile that I took as a win, and we went on about our morning. I fed her, because food is our love language and often works better than words anyway. She fixed her hair. I played worship music in the background and did not try to dig around about what the problem was so I could solve it.
A little while later, when my lovely girl was getting ready to leave, she told me, “I’m sorry I was in a bad mood earlier. Thank you for making me feel better.” 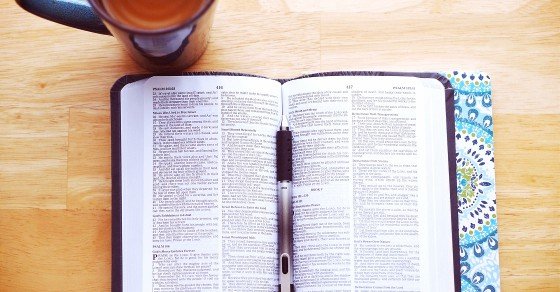 Now, mama: I totally understand if you’re rolling your eyes at this point. Or if you’re thinking, “Yeah, well, you should be in my kitchen some morning.” I get it.
So let’s clarify a few things.

For starters, I did not want to obey the Spirit’s prompting that morning. I did not actually “feel” like it. Frankly, the very idea of it made me want to bang something myself. But I know I cannot only act and react according to my nature or my personality or my mood or my hormones. If I do, it denies the power of Jesus in my life. In Him, I can be who I’m not, do what I can’t (or don’t want to do), and feel what don’t. In Him, I can choose not to go where my nature, personality, mood, or those blasted hormones are leading me.

I know all this. But the reality is that obeying the Holy Spirit’s direction that morning was hard. I had to fight
myself to do it. It’s also worth noting that my little “don’t react in kind” experiment worked that morning with that child.

It’s not some magic, sure-fire formula. On a different morning with a different child or a different problem, the story might have had a much different ending…one involving weeping and gnashing of teeth and, in all likelihood, yelling.
But it worked that day, so now I’m hoping that with enough practice, my response will become less happenstance and more habit. 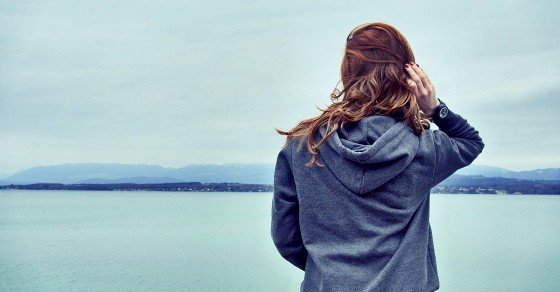 Exercise in self-control for an older OR younger mom

Don’t react in kind.
Don’t feed the fire.
Don’t give what you’re getting.

Instead…
React in kindness.
Feed the fire of love.
Give what you want to get.

And if all else fails, fellow imperfect parents, take the advice of a mom with some mileage on her: there are very few things a chocolate chip cookie or a bowl of ice cream–or both, for you and for the objects of your mothering–cannot make at least a little bit better.
************** 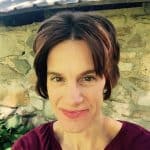 Elizabeth Spencer is a great sinner
redeemed by a great Savior. She’s been married for 22 years to an exceedingly
patient husband and has two teenage daughters who make her look really good as
a mother. She blogs about faith, food, and family (with some occasional funny
thrown in) at Guilty Chocoholic Mama and, if pressed to demonstrate a
hidden talent, can stand on her head.

Previous Post: « On balancing bonding and boundaries; what every mom needs to know
Next Post: How to spend time in the Word; advice I rejected as a younger mom »